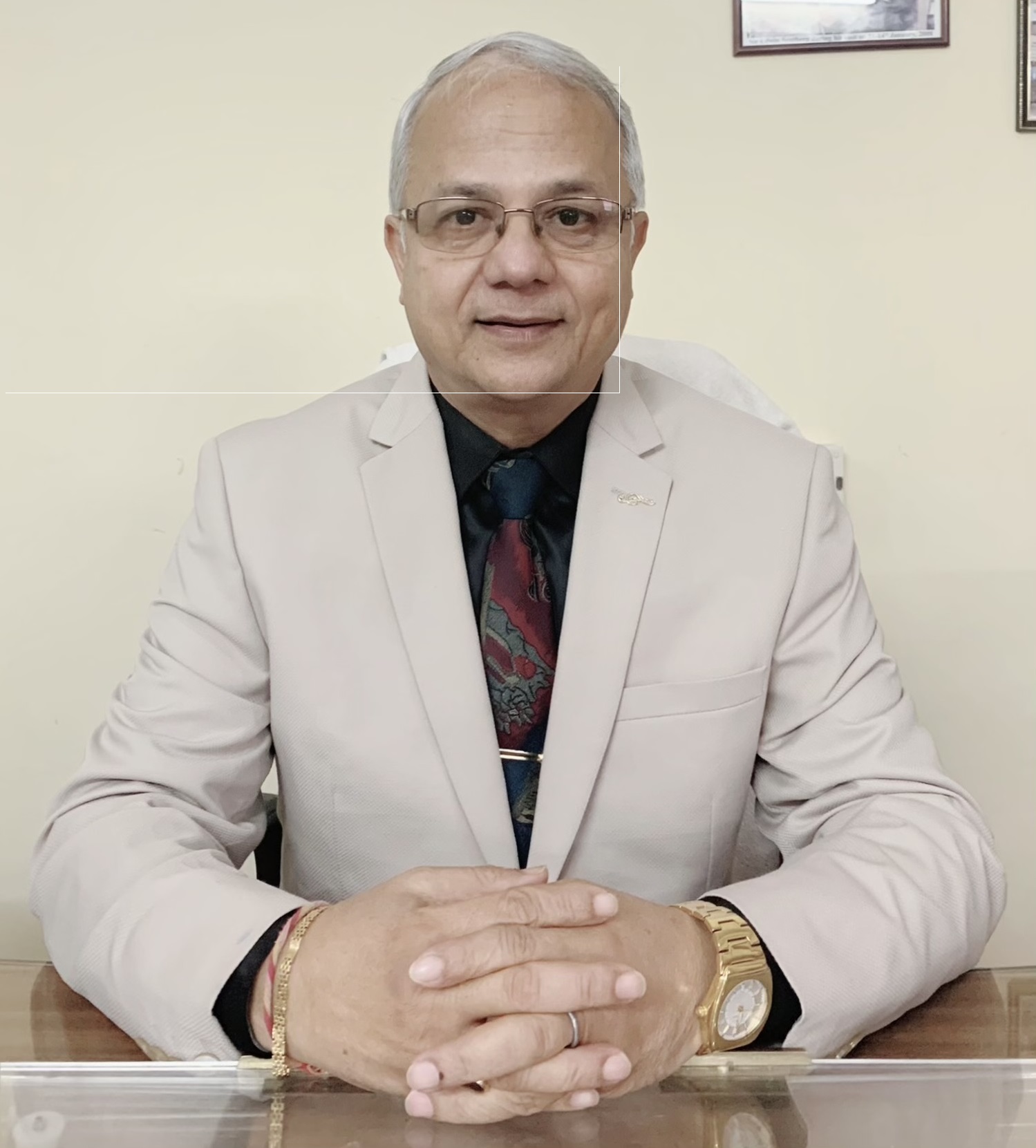 Dr. Bidyut Kumar Sarmah is the Director of the Department of Biotechnology funded North East Centre for Agricultural Biotechnology (DBT-NECAB) at Assam Agricultural University, Jorhat since 2012 and held the prestigious Norman Borlaug Chair of the ICAR, GoI from 2016 to 2021. Dr Sarmah is an eminent agricultural biotechnologist with his specialization in the field of gene technology for crop improvement especially for improving chickpea for its resistance to insect pests

The foundation of all collaborations of the centre began as Dr. Sarmah obtained his PhD degree from the Indian Agricultural Research Institute, New Delhi in the year 1995, post-doctoral experience from the Washington State University, USA in 1997; CSIRO, Australia (1997-1999; 2005) ; and served as Visiting faculty and Visiting scientist in the USA (2006), Australia, Friedrich Miescher Institute, Switzerland (2001 – 2002) and Greece during 2015. At the DBT-AAU Centre over 10 national and international collaborating organizations have contributed to scientific research.

Transgenic chickpea lines resistant to Helicoverpa armigera using Bt-Cry2Aa and Bt-Cry1Ac genes were also developed by Dr. Sarmah. The Insect Management Knowhow in chickpeas using Bt-Cry2Aa gene and Bt-Cry1Ac gene were licensed to a private partner (Maharashtra Hybrid Seeds Co. Pvt. Ltd. and later on to affiliate the Sungro Seeds Pvt. Ltd., New Delhi) and a public partner (UAS, Dharwad) through a licensing agreement in the year 2009. Technologies were also transferred to public organisations as ICRISAT, (2010); IIPR, Kanpur (2011) and PAU, Ludhiana (2013) for introgression breeding. The backcross derivatives of Cry2Aa chickpeas lines have gone into field test (BRL1) in India in collaboration with Sungro Seeds, New Delhi during 2014 and 2015 and showed 25% yield advantage. Currently, Dr Sarmah’s group has been attempting to transform chickpeas with multiple Bt genes and also develop cisgenic chickpeas to supplement such insect resistant Bt chickpea lines.

Dr. Sarmah’s breakthrough in research helped establish a Centre of Excellence, the DBT-AAU Centre in 2011 at the Assam Agricultural University, Jorhat, with a funding of Rs 40 Crores from the DBT, Ministry of Science and Technology, GoI, for five years. An additional 24 Crores (approx.) for a period of three years was disbursed to upgrade the Centre into North East Centre for Agricultural Biotechnology (NECAB). He has managed over 15 research projects as coordinator, PI or Co-PI, funded by top national and international agencies and have obtained Extramural Grant Funds of 10.0 Crores The young faculties have been motivated to established collaborative research programmes and have obtained Extramural Grant Funds of 9.0 Crores in the last 8 years Through the centre, he took the initiative to generate resources from the DBT, Govt of India for funding of innovative projects to young researchers of NE region through DBT-AAU Centre. In all, 9 such projects have been funded during 2013 - 2016 and patentable products / processes are being generated from two such projects. He has guided 18 Masters and 13 doctoral students as a major advisor

Dr. Sarmah is credited with over 90 publications (including a book, conference publication and popular articles). Dr. Sarmah is an Editorial Board member of the journal “Plant Science” and “Indian Journal of Genetics and Plant Breeding” and has been awarded top reviewer (2012) with a Certificate of Excellence in Reviewing award, Plant Science (2013) by the Elsevier Publication, USA, Outstanding contribution in reviewing award in Plant Science, April 2017 and Outstanding reviewer certificate (2019) awarded by the Indian Society of Genetics and Plant Breeding, New Delhi.

He also reviews and recommends various projects in the area of Agricultural Biotechnology being Co-chair / member of over 15 National / International Scientific Committees including Task Forces and other Policy Making Bodies of the DBT, GoI / International agencies as BBSRC. The success of his students and research initiatives motivates and encourages him to continue his work with utmost dedication and discipline. His effort continues as an educationist in the development of science, capacity building and regional growth leading to national development through agricultural biotechnology.